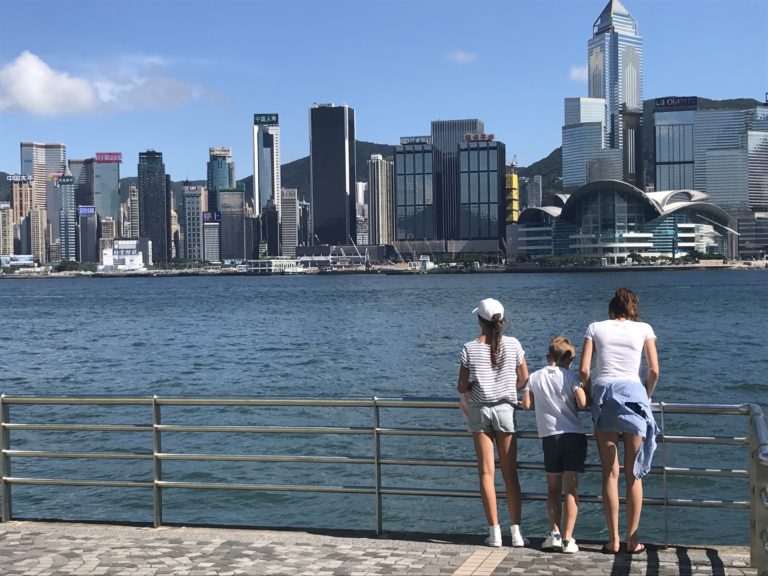 This summer, we went to Indonesia with our family. We flew with Cathay Pacific and made a stop in Hong Kong. This seemed a very interesting city to me and our second kid also thought it would be nice to spend a few days in China. So eventually, we stayed in Hong Kong for five days. The city made a very special impression on us. Of course, it is a metropolis and therefore it is very crowded (at least in the centre part), but the crowds are organised. Hong Kong is truly a mix of Asia and Europe. Besides the huge skyscrapers, there are for example Asian temples and street markets. We have also discovered that there are many child-friendly sights and theme park rides. I’ve made a top ten of the most fun things we’ve done.

The first afternoon, we wanted to explore the city by foot. The shuttle service of the hotel took us to Nathan Road located in the neighborhood Tsim Sha Tsui. We had to get used to all the hustle and bustle, so after enjoying the skyline of Victoria Harbour, we decided to look for the peace and tranquility of the city park. Hong Kong is surrounded by nature, but the city itself has many parks too. So we went to Kowloon Park. This is a large green park, right in the city center. In the park, we saw a swimming pool, playgrounds, lots of water fountains, a Chinese teahouse and a beautiful Chinese garden. It was very relaxing to be able to walk so peacefully in the middle of the chaos of a metropolis. And it was very interesting to see the gigantic apartment buildings along the park. The children especially liked the bird park. In the park, we saw all kinds of exotic birds, but especially the flamingos were our favorites. Finally, we left the park on the side of Nathan Road and made a walk on the ‘walk of fame’. It was funny to see all those pictures of national and international celebrities.

The Star Ferry is a two-storey ferry that connects Kowloon to Hong Kong Island. The ride only takes a few minutes, but it is really amazing. You pass between two impressive skylines of Hong Kong. The ferry is popular among tourists and even locals. The tickets are very cheap, an adult pays HK $ 2.50 and that’s about 30 cents. The �HYPERLINK “http://www.starferry.com.hk/en/home” ferry departed every ten minutes, from Tsim Sha Tsui Pier station in Kowloon to Hong Kong Island. We went there in the morning and we returned in the evening at eight o’clock. That made it possible for us to enjoy the ‘Symphony of Lights’, a big light show. The skyscrapers on both sides of the water are illuminated with coloured lights to the sounds of music. This (free) show lasted fifteen minutes, really nice to see it from the water.

3. To the peak by tram and back by foot

We crossed Victoria Harbour with the Star Ferry, and then we walked towards the Peak Tram. Really cool to walk in this business district of Hong Kong Island in the morning and to see everyone properly dressed being on their way to work (while we enjoy our holidays). With the original Peak Tram, which drives straight uphill, we went to Victoria Peak. From here, you can enjoy a spectacular view of the skyline of Hong Kong and the different islands. We did not buy a ticket for the observation platform, because that really isn’t necessary. We just walked away from the busy crowd and enjoyed the same view as the ones on the observation platform. Since the weather was nice and sunny, the view of Victoria Harbour was very clear, so we were very lucky. From the top, we walked down the Morning Trail. An adventurous walk with views of the bay and various islands, giant butterflies, super-sized spiders, exotic bird sounds and twisty roads. Very nice for the kids. It was a 2.5 hours journey, which was not indicated very well in every area, so eventually we ended up in Kennedy Town. This was not the plan, but it was surprisingly nice. We ended up in a real Chinese neighbourhood where there were no tourists to be seen. We had lunch at a local diner without an English menu and without English speaking staff, but with some nonverbal moves we managed to enjoy a delicious Chinese lunch among the locals.

In the Dutch TV-show ‘Wie is de mol’ we saw that the worlds’ largest escalators were located in Hong Kong: the Mid-Levels Escalotors. So of course we had to try them ourselves. The escalators (it’s not just one, but several in a row) have a length of 800 meters and can be found in the business district on Hong Kong Island . In the morning from six to ten o’clock, the stairs move downhill to take around 10,000 people to work. The rest of the day, they go uphill. It’s funny to be able to take a 20 minutes at real life in Soho. We came across some nice bars where businessmen took a snack and a drink after work and sometimes we got off the escalator to visit some shops. Although we had expected more of it, it was a fun activity for the kids (it took no effort, they just had to stand).

On our third day, we visited Lantau. Lantau is an island located about half an hour from the busy city center. To get there, we took the Ngong Ping 360 cable car to Lantau Island. This cable car with gondolas is a very special activity itself. It takes you across the water and the beautiful forests to the largest island in Hong Kong. Along the way, you will enjoy the breathtaking view of the city, the surroundings and the South China Sea. The kids really enjoyed seeing the airport from the air, which has been here since the 90s. It was also possible to take a gondola made of glass ‘the Crystal Cabins’, so you could look straight down, but we did not take that. (We figured it was high enough already).

Lantau Island is the largest island in Hong Kong. Life on the island was traditionally completely dominated by fishing and agriculture. The Big Buddha, officially called Tian Tan Buddha, is located on the island. This is a 34 meter high bronzed statue of a seated Buddha. This statue seems to be the largest seated Buddha in the world, but China claims to have a larger statue (however, it has been cut into the wall of a rock, so it is not a free-standing statue). Of course this place is full of tourists, but in the morning it wasn’t really crowded. We climbed (and counted) all 268 stairs to the statue. At the top, there is a beautiful view. Back at the bottom, we headed to the Po Lin Monastery. This monastery is very close to the statue, so we could just walk. It is one of the most important Buddhist monasteries in Hong Kong, also called the ‘Buddhist World in the South’. In the main temple, there are three bronzed Buddha statues, which represent the past, present and future. There is also a large collection of Buddhist documents in the monastery. Of course there is much being sacrificed in the temples. Something that was really special, according to the kids, was the fact that they also sacrificed tangerines and stacks of Ferrero Rocher.

Coming from the Big Buddha, we took the bus to Tai O, a really primitive fishing village and completely different from what we have seen so far in Hong Kong. The people here live out of the sea and fishing. The aluminium houses in the village are standing on wooden pillars in the water. You can sail into the village with a boat and admire the houses from the water. Interesting to see how these people live ‘on’ the water like that. With the same boat, we also went to sail a bit on sea to see if we would spot ‘pink’ dolphins. And we spotted them, very soon a real pink dolphin showed up. He appeared in the distance, but still it was a very clear pink dolphin. The children really loved this. Later on we heard that the dolphins are pink because their skin doesn’t grow with them but ‘stretches’ out and becomes thinner and transparent, so you can see the blood in their veins and that’s why they look pink. After the boat trip, we made a walk through the village, had some drinks and a delicious Chinese soup with meatballs at a local restaurant.

Being accompanied by two girls of 12 and 14, we also had to go shopping in Hong Kong. Traditional markets, shopping malls and boutiques; most of them are centered around Nathan Road in Kowloon. In the side-streets, you could also find some nice trendy boutiques aimed at a young audience. On Hong Kong Island, we mainly spotted the more expensive shops that sell design items by Armani, Cartier, Chanel, Gucci, Louis Vuitton and the super luxurious Landmark shopping centre. We didn’t buy anything here, but our girls were completely amazed.

Of course the Temple Street Night Market (daily from 16.00 pm) was a must during our shopping experience. This is a real highlight. There is a lot being sold, including imitation designer clothes and bags, but especially many souvenirs. We told the kids about the game of bargaining and soon enough they started working as real negotiators to buy their souvenirs.

Also featured in the Dutch TV-show ‘Wie is de Mol’: the monastery of the 10,000 Buddhas. This was a truly impressive monastery. It all started on the way to the temple. Never before had we seen so many Buddhas together. We were curious if there really were 10,000 Buddhas here. But with a little maths, we later found out that there are many more. On the road (with more than 400 steps) we came across unique golden Buddhas that guided us all the way up. Beautiful, special, but also a bit scary: all those Buddhas that seem to be staring at you all the way. The place consists of several temples and buildings, but the main temple immediately made the biggest impression on us. Here, there were no less than 13,000 miniature Buddhas standing against the walls. Besides, people were praying in very special manners. Moving further up the complex, we also enjoyed the beautiful view across Sha Tin. Especially the contrast between this unique Buddhist temple and the skyscrapers below made the view special. Tip: if you take a cab, ask the driver if he knows how to find the entrance to the monastery building, because this is difficult to find.

10. Horse races (but not during summer)

As the tenth ‘to-do-with-kids in Hong Kong’, I want to give you a tip: go visit the horse races. Once a week on a Wednesday evening, there are horse races in Happy Valley in the middle of the city, where people traditionally gamble on the horses. We thought it would be nice to experience this ourselves. But unfortunately…. the racing season is on hold during the summer holidays. So we basically came there for nothing. We did walk inside, so we could see the course, the famous Beergarden and the tribunes. That way, we could still imagine what happens here on a Wednesday evening.

Alright, one more tip: the everyday life in Hong Kong is interesting enough. So just going for a walk, doing some groceries or taking a ride on the subway is already a fun activity for the kids. Or just walk along the Tsim Sha Tsui Promenade, located next to the ferry pier alongside Kowloon. A wonderful place to wander around and admire the skyline of Hong Kong. 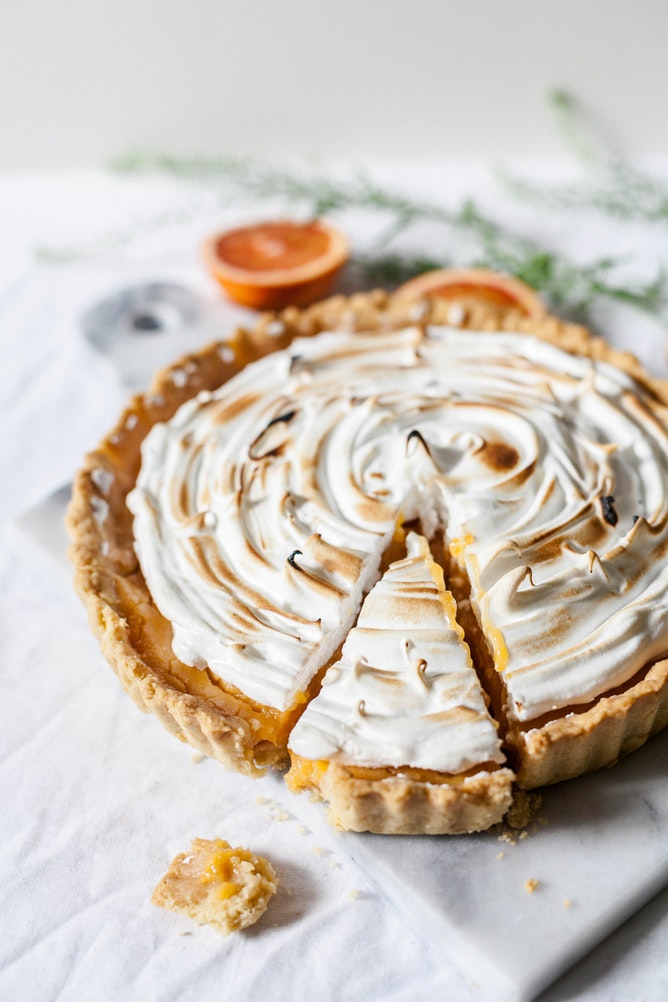 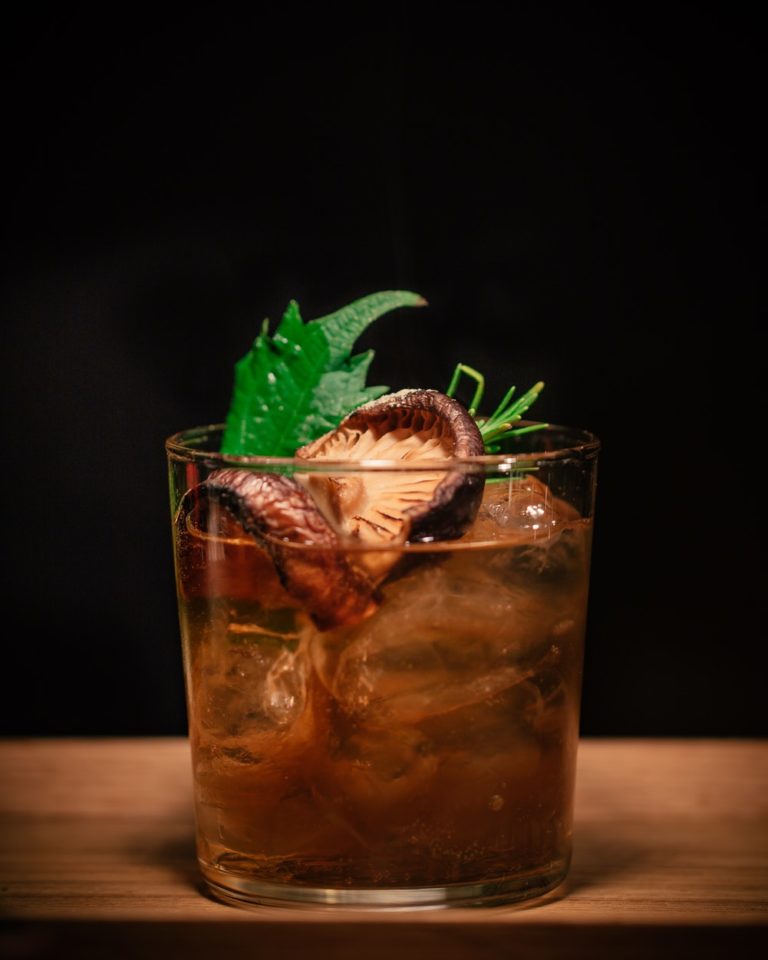 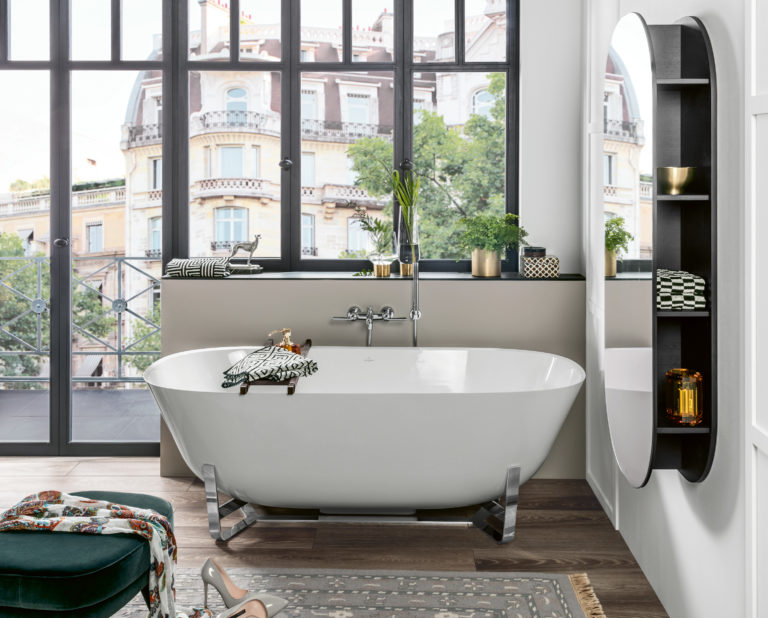