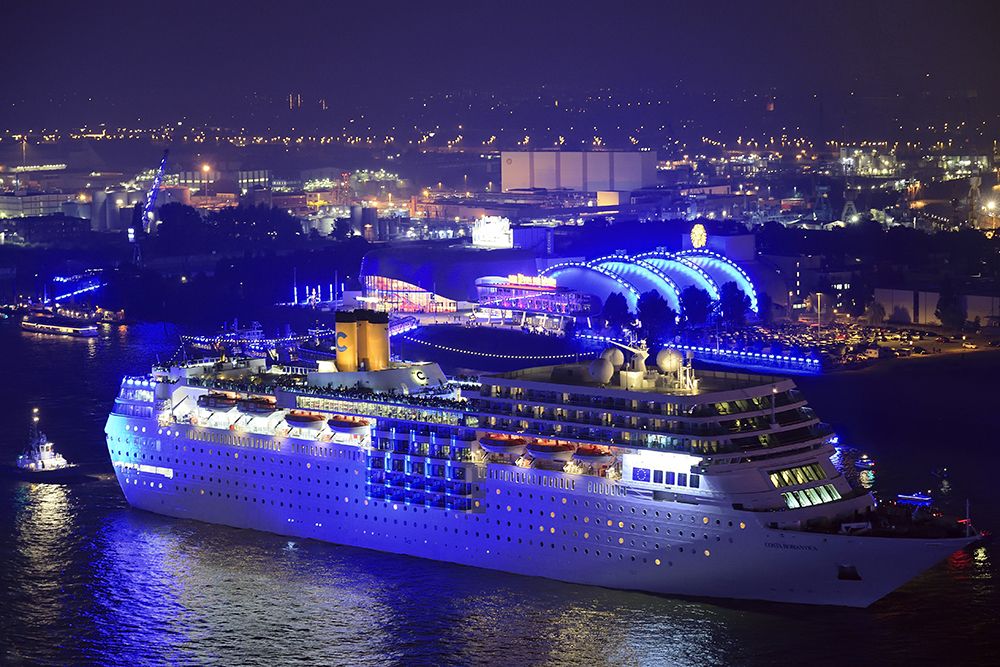 Curious about what you can do at the world’s largest cruise festival? We have just returned from the Hamburg Cruise Days and would like to tell you about our experience and why this event is a real must if you are a cruise lover or if you just love the maritime world. And ehhhh the city is awesome anyway and definitely worth a visit, but we’ll tell you more about that in another blog.

Once every two years, the Hamburg Cruise Days take place in Hamburg, Germany. Not surprising, since this city has an impressive reputation as a cruise location. In 2016, 171 cruise ships with more than 710,000 passengers called at the port (this was a new cruise record for the city). This year, they expect around 200 ships with around 800,000 passengers. The Hamburg Cruise Days will certainly help. And since there are also many other activities taking place at this festival, we went to take a look at the sixth edition…

Magic on the water

Even though we are not cruise fans by heart, it was very impressive to see so many cruise ships (this year, it was a record of 11 cruise ships, making it the biggest cruise festival in the world) at one port. The ‘Grand Parade’ on Saturday evening was the ultimate success! Several cruise ships took part of this parade and were accompanied by many other boats of different sizes. In the background, a fireworks show was being held and the port was illuminated by a beautiful blue light. We watched the parade at the Landungsbrücken. A lovely area with small tents where you can buy a snack and take a look in souvenir shops, with a perfect view of the water. Later on, we heard that you can eat the best fish sandwich at Bridge 10, but unfortunately we missed that one…

During the Hamburg Cruise Days, many objects in and around the port are highlighted by a blue light: towers, terminals, quays, cranes, jetties, ships etc. This light project called Blue Port, by artist Michael Batz, can be admired every evening and adds a nice touch. On Friday evening, we were mostly turning blue because of the cold (it was raining very heavily), but we were able to enjoy the beautiful effect on Saturday evening.

On Saturday, we went for a nice walk through ‘HafenCity’. This is the area near the harbour and lies along the river Elbe. There is so much to see, but we were mostly impressed by Speicherstad. This is the world’s largest group of historical warehouses, 26 hectares, and lies in the heart of the harbour. Valuable products such as coffee, tea, spices, tobacco and more recent textiles were stored behind the walls of these buildings. Nowadays, many companies are located there, such as the Dutch ‘Joop van den Ende theaterproducties’.

With both feet on the ground

Would you rather stay dry than dream about the water? That’s possible. There was also a lot to see and a lot to do onshore, as there are fifteen themed islands. For example, we saw visitors dine in the air at ‘dinner in the sky’. Other than that, we mainly enjoyed the bands, other performances and the opportunity to shop at the maritime market along the waterfront. 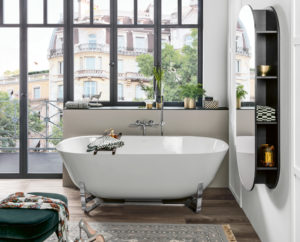 Destination PR
This is London 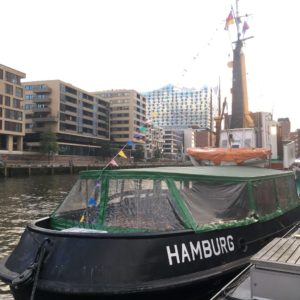